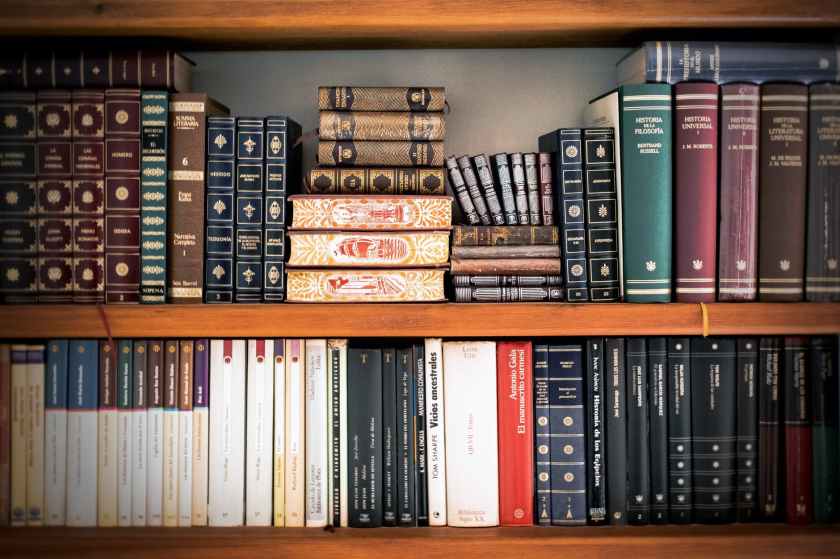 Content curation is the process of collecting information on a particular topic.

Conflicts can be studied from a variety of perspectives such as politics, strategies, tactics, economics, etc.  The Pacific Theater AKA Pacific War is a period of history that has fascinated me, given my academic background in Japanese Studies.  While not quite of the same scope as Europe, the Pacific War was characterized by massive naval battles, brutal island hopping campaigns, and more than a little racism on both sides.  I tend to look at the Pacific War from the perspective of naval operations since it took place over the largest ocean on the planet.  The following list is by no means exhaustive and my library is substantially larger, but these are some of the better sources I’ve found on the topic.

A good primer on understanding naval warfare from a tactical and operational level.  Hughes examines the development of naval warfare from both a historical and analytical perspective, identifying trends all the way from the age of sail through the Cold War and into the modern day. While largely about naval tactics in general, the chapters covering WWII naval developments focus heavily on Pacific naval actions.  Interestingly, each edition of this book is very indicative of the times it was written in. The first edition (1986) is very telling of 1980s Cold War naval thinking. The second edition (2000) included chapters on anti-ship missiles and littoral warfare. The most recent third edition (2018) addresses the current emergence of information warfare, artificial intelligence, and drone technology. Recommended for those who need a better understanding of how naval warfare is different from ground or air warfare.

Eagle Against the Sun: The American War with Japan by Ronald Spector

One of the better single-volume histories on the Pacific War for those who need a refresher on what happened.

Empires in the Balance: Japanese and Allied Pacific Strategies to April 1942 by H.P. Willmott

This book did more to elevate my understanding of the historical and strategic causes of the Pacific War than any other book.  Willmott provides a scathing critique of all the participants and why everyone failed at some point.

The Barrier and the Javelin: Japanese and Allied Strategies, February to June 1942 by H.P. Willmott

The sequel to Empires, Willmott continues to examine the strategic successes and failures in the Pacific up to the Battle of Midway.

My favorite book on the Imperial Japanese Navy!  This door-stopper charts the course of the Japanese Navy from its early days to the start of the Pacific War and why it developed its warships and doctrine the way that it did.

Originally meant to be a part of Kaigun, this book examines how the Japanese became pioneers in the use of aircraft carriers and naval aviation. Written in the same style and with the same level of detail as Kaigun. A must-have supplement.

The Imperial Japanese Navy in the Pacific War by Mark Stille

A compilation of Stille’s previous Osprey Vanguard books on the ships of the IJN. Stille covers the major combatant ship classes and discusses their design, armament, history, and evaluation. More for the layperson, but serves as a decent and quick reference if you don’t want to slog through more technical references.

A reference work of literally every vessel in the Japanese Navy, warship or otherwise. Basically just the straight-up data. Don’t expect much in the way of evaluation.

The Japanese Navy in World War II: In the Words of Former Japanese Naval Officers edited by David Evans

A collection of essays on various Pacific War topics written by surviving Japanese naval officers. This is a treasure trove of primary source material for historians (albeit written with the benefit of hindsight). Some of the essays are better than others and bear in mind that these are from the perspective of officers, not enlisted men. Still, a good source for those looking for first-hand information on the operations and inner staff workings of the IJN.

Combined Fleet Decoded: The Secret History of American Intelligence and the Japanese Navy in World War II by John Prados

Much like Alan Turing and the German Enigma machines, this book focuses on U.S. naval intelligence in the Pacific. The narrative deals heavily with signals and communications intelligence as well as cryptography and operational intelligence. A bit of a slog to get through, but good for those looking for insight into military intelligence in WWII.

At Dawn We Slept: The Untold Story of Pearl Harbor by Gordon Prange and Donald Goldstein

The first book of his Pearl Harbor trilogy (published posthumously), Prange spent nearly 40 years researching and interviewing the surviving American and Japanese officers to create this massive work on “why” the attack on Pearl Harbor happened.  Don’t expect lots of action, this book is mostly about politics, diplomacy, and military intelligence. Specifically, it focuses on the lead-up to and aftermath of the attack on Pearl Harbor (indeed the actual attack only covers 50 pages). The other two books of the trilogy are “Dec. 7, 1941” which covers actual firsthand accounts of the attack, and “Pearl Harbor: The Verdict of History” which analyzes the post-attack inquiries and various counter-factual arguments about the event.

Shattered Sword: The Untold Story of the Battle of Midway by Jonathan Parshall and Anthony Tully

A ridiculously detailed look at the Battle of Midway from the Japanese perspective literally down to the minute. Parshall and Tully are two of the foremost experts on the Japanese Navy. However, look elsewhere at any of the other dozens of American accounts if you want the U.S. perspective on the battle.

This is probably the ultimate study on what many consider to be one of the most important campaigns of the Pacific Theater, Frank examines the land, air, and sea battles that took place at Guadalcanal in the Solomon Islands.  Exhaustively well-researched and cited.

Downfall: The End of the Imperial Japanese Empire by Richard Frank

Another well-researched work by Frank, this book is equal parts political and military history about the end of the Pacific War.  It also addresses various counterfactual arguments about whether we should or shouldn’t have dropped the atomic bombs and invaded Japan instead.  Frank, owing to his academic background as a lawyer, put together some very logical and well-thought-out arguments.

The Battle of Okinawa: The Blood and the Bomb by George Feifer

A harrowing examination of the bloodiest battle of the Pacific.  Along with memoirs like With the Old Breed by Eugene Sledge, this book is as close as I want to come to the wet, muddy, and bloody hell that must have been the Okinawa campaign.

A memoir of one of the survivors of the sinking of the Japanese battleship Yamato.  Not quite as good as Hara’s memoir, but a decent look at life on a battleship in the Japanese Navy.

The monumental classic 15 volume series on the U.S. Navy in both Europe and the Pacific.  Published not long after WWII, the books are very readable, and each book can be read on its own or as part of the series.  That being said, more accurate scholarship has been published since these books appeared, but Morison’s work remains a classic.

In similar vein to Studs Terkel’s The Good War, this book is a compilation of oral histories, with all the attendant biases, from Japanese citizens, soldiers, contractors, slaves, and war criminals who fought, lived, and survived the war from every corner of the Asia-Pacific Theater.

Hirohito and the Making of Modern Japan by Herbert Bix

A biography of Emperor Hirohito from his early years to the end of his reign in 1989.  An interesting look at a royal who was considered by many to be something of an enigma, and who Bix claims, was just as culpable for Japanese war crimes as the military officers under him.

War Without Mercy: Race and Power in the Pacific War by John Dower

A look at how racial tensions and propaganda on both the Japanese and American sides factored into the conduct of the Pacific War.  Somewhat rambling, but good for those looking for a more sociological perspective.

Published by the U.S. Naval Institute since 1874, this monthly journal contains articles and essays written by military and civilian experts covering both modern and historical naval and maritime topics.  Very broad and generally oriented towards people in the naval defense establishment [i.e. Navy, Marines, Coast Guard].

Also published by the U.S. Naval Institute, this bimonthly journal began in 1987 and is more focused on naval historical topics.  A bit more accessible for the mass consumer than Proceedings, in my opinion.

A post-war study that produced a series of technical reports on the Imperial Japanese Navy. Similar to the U.S. Strategic Bombing Survey and probably one of the main sources of primary source material on technology in the IJN. The reports cover everything from weaponry and sensors to materials sciences and medicine. Basically, anything that would be of interest to the U.S. Navy or Marine Corps. Be warned, these are highly in-depth and technical reports (hence the title) and more or less suited for engineers, scientists, or people in related-fields (that rules me out). More often than not, they just report on the hard facts and numbers and don’t contain much evaluation. However, they’re invaluable for their technical data.

You can find “most” of them for free at the following website, and while the text is readable, many of the scanned photos are of extremely poor quality.

Run by Jonathan Parshall, this is the go to website for online information about the Imperial Japanese Navy and its vessels.

Run by a retired U.S. Navy Gunner’s Mate, this website details most naval guns, torpedoes, missiles, and mines used by the world’s navies since the late-19th century.  Also contains numerous articles from contributors on naval technology and history.

Essentially a wiki solely dedicated to all things WWII related. More of a quick reference rather than an in-depth website, but a good place to start for research.

A digital war game meant for studying naval and air warfare from an operational level.  This game also has extensive databases of real-world ships, submarines, aircraft, weapons, and sensor systems.  Although predominantly oriented towards the 1950s onward, there are a number of WWII-era ships, aircraft, weapons, and systems. Professional versions also exist which provide further tools for statistical analysis, but these versions are crazy expensive and designed for academic institutions, defense contractors, and government organizations. Released in November 2019, this is an updated version of Command: Modern Air/Naval Operations which was released in 2013.