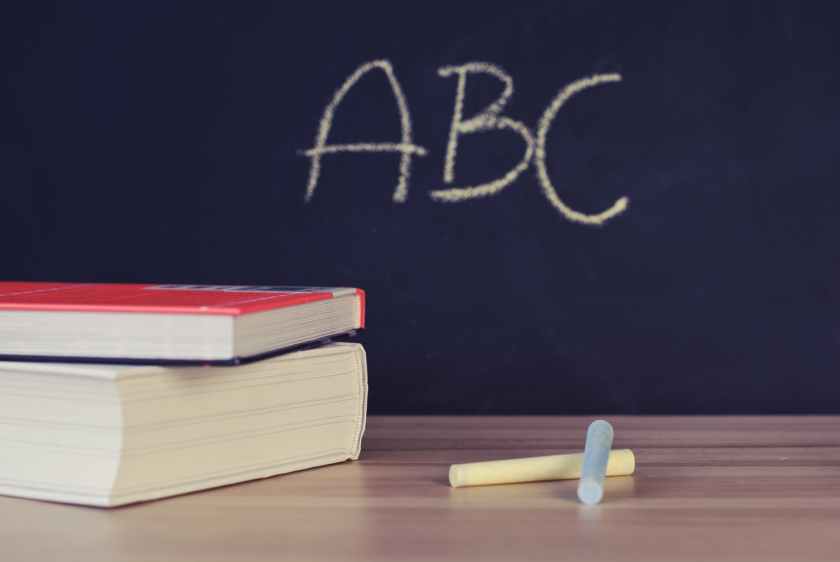 I’ll let you in on a little secret in education:

Teachers do have favorites.

It may not necessarily be the teacher’s pet, either. I’m not looking for students to suck up to me and kiss my butt. As I’ve said before, I’m friendly, but not friends with my students. Even though we live in a very progressive age where we strive for egalitarianism, the hard reality is that I’m still in charge of the classroom and in a position of authority. At the end of the day, I’m still their teacher and not their buddy.

What Makes a Good Student?

Characteristics in students that teachers like (in no particular order):

The last point is a pretty big one! I mean, who’d of thunk? Being a nice person pays dividends and goes a long way towards putting you in good stead with your teachers!

It’s just a quality that makes you more tolerable to be around. That being said, simply being a nice person doesn’t automatically qualify you for a good grade in my class. Teachers don’t give out grades (and employers don’t pay you) simply on the basis of you being a nice person. You still need to perform…both in both school and in life.

Now, we all have our bad days. I don’t expect my students to be stepford smilers. In fact, being honest and upfront with me by telling me that you’re having a bad day will afford you a lot of sympathy.

“Wait! If teachers have favorites, then it means they’re being unfair and showing favoritism!”

Favorites ≠ favoritism. It becomes favoritism when teachers lose all objectivity in grading and assessing the student’s work.

Even the best students sometimes turn in lousy work.

For example, I once gave out a poster assignment that basically asked for the creation of a timeline. This meant the use of color, clean lines, and pictures. One of my top students didn’t even turn in a poster. Instead, I got a piece of notebook paper with a timeline that had basically been scribbled in with pencil. It probably took this student about 10 minutes to do.

In the end, I marked them down for not having all the required components I noted in the directions. Had I shown them favoritism, then I would’ve ignored their sloppy work and given them full credit instead. So while they may have been one of my favorite students, I still had to treat them (and assess their work) with fairness just like everyone else.

In retrospect, this student would’ve been better off (and probably more engaged) if I had assigned an essay or writing piece instead of a timeline poster. Some students are simply more academically inclined that way and respond better to assignments that provide them with a more scholastic challenge.

*Obviously not their real names and I’ve changed some of the details.

Joe was one of the best history students I’ve ever had. He literally embodied all of the characteristics that make up a good student, always had his nose to the grindstone, and turned in excellent work. Joe clearly spent a lot of his free time studying WWII history and his knowledge easily surpassed mine in many areas (he was very knowledgeable on the European Theater). Seriously, he could’ve taught the class himself! Joe would often come to me with really insightful questions about history. For example, “Mr. Migaki, do you think a Soviet invasion of Japan would have significantly altered the planned Allied invasion during Operation Downfall in late 1945?” Even though he asked a purely hypothetical question, this showed me that not only was he passionate about the topic, but he also thought very critically about it. Yeah…Joe was basically doing college level work as a sophomore in high school, and he later told me that his plan after graduation was to join the U.S. Air Force and then go to school on the GI Bill to earn an engineering degree and work in the aerospace industry. He had a better life plan than most adults! Those kinds of students are very rare.

Nathan was always engaged with his schoolwork and very nice, but he was also super spacey. I won’t speculate as to whether or not he had some kind of mental illness, but his mind always seemed to wander off on long tangents. I always enjoyed chatting with Nathan on topics such as martial arts, but it occasionally took some reminding for him to stay on topic.

During our WWII unit, I was talking with Nathan about the war game assignment the class was conducting. The students were working in groups to plan out an assault on Saipan and Tinian (not a historical recreation of the actual amphibious assault, but more of a lesson in decision-making). Anyway, I noticed that Nathan was getting really into a lot of the minute details about the planes and bombs and so on. In fact, he was getting so into the nitty-gritty than he was trying to put together overly-complex operations plans. I eventually had to cue him into the fact that he was trying to micromanage the operation.

Eventually, I told him to imagine himself as a soldier that’s hacking his way through the impenetrable jungle, carrying 80 lbs of gear, and moving uphill. It’s 100 degrees outside and 98% humidity. His whole body aches and he’s dying of heat stroke. I get on the radio and start screaming at him to move faster because, on the map I’m looking at, his objective is only 200 meters ahead. NOW, MOVE IT!

Bear in mind that I’m sitting in a nice air-conditioned operations room, looking at a map, and yelling at him over the radio; completely ignoring the fact that he’s trying to scale a nearly vertical cliff and bust through walls of bamboo. My map just doesn’t show it. That’s me micromanaging the operation. Nobody likes that.

Anyway, a good kid, but he liked to go off an tangents and get absorbed in the minutiae at the expense of the bigger picture.

Emma was crazy-thorough and hard-working. She was a student that knew how to do her research and also produced friggin’ art! Every time I assigned a poster project, she would spend a significant amount of time working on the illustration component. In some cases, there wasn’t even a square inch of white paper left because she had colored over the entire thing.

In another assignment, she researched a fairly obscure topic and ended up citing nine different sources! None of them were Wikipedia, either. I only specified that at least 3 different sources were required. She clearly went above and beyond.

Chloe was a super-quiet student. (Several other teachers speculated that she probably had some form of social anxiety.) That being said, she was always hard-working and paid attention to details. I would frequently use her work (without directly naming her) as an exemplar of how to be thorough and attentive.

Eventually I was able to hold longer conversations with her despite her obvious anxiety and found out about her love for animals and desire to become a veterinarian in the future. A classic example of a quiet and unassuming student that surprises you with the excellent quality of their work.

If there ever was an antithesis to the “lazy/unintelligent Latino” stereotype, then Jose would be it. I always admired Jose for his hard work, and while he may not have had the top grades in the class, he demonstrated that determination pays off.

Whenever Jose would have difficulty, he would often ask his neighbor, Joe, for help. Again, seating charts often play a big role in student performance. This is not to say that Jose was incapable or that he needed the “white man” to save him. Rather, Jose and Joe actually made a very good team. I would often watch them both provide their input on group projects and complete assignments to a high standard.

Anna was a student with a very unique background. Although American by birth, she had lived part of her childhood in Turkey with her relatives. She was a hard-working student who always engaged with me in conversation during work time. Always willing to talk about something that interested her, Anna was such a sweet-hearted person. Perhaps because of her experience as an expatriate, she would often ask me about my own time abroad on Japan. Since we both had an interest in each others’ cultural backgrounds, these conversations were usually very enlightening. I would ask her about Turkish culture and she would ask me about Japanese culture.

In short, this allowed us to learn from each other. A mutually beneficial teacher-student exchange of knowledge…if you will.

Notice something common among these examples? They’re all diligent and hard-working. As I previously mentioned, simply being nice isn’t enough for you to get good grades. I need tangible work that I can evaluate my students on. Indeed, I have met some nice students that weren’t particularly hard workers (in some cases they try to win me over by being brown nosers…never works), and I’ve yet to meet a hard worker that is not a nice student.

At the end of the day, good students are really just a simple moniker for those that don’t give the teacher much trouble. Actual classifications and groupings of students by their performance level is done differently, but to the average teacher, it’s often what the raw data and numbers don’t show that is more important. A “good student” is really just a decent person to be around.

A “good student” is generally a student that you don’t need to worry too much about. They perform reasonably well with some guidance from you or their peers. Others completely knock your expectations out of the park and produce exemplary work. They’re the students that work hard for you and you work hard for them. The respect goes both ways and you build positive relationships with them. At the end of the year, you’re sad, but proud to see them go.