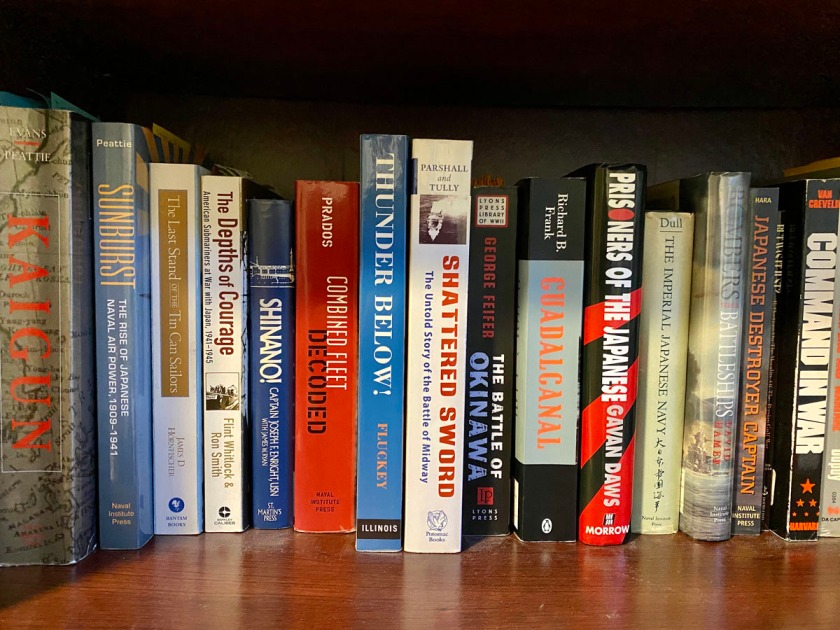 Many of us are familiar with the great naval battles of WWII and their associated ships. Names like Missouri, Enterprise, Yorktown, Indianapolis, Yamato, Akagi, Bismarck, Prince of Wales, etc., all ring familiar bells. These are all famous ships from their respective navies that went into the history books with legendary status. Occasionally, stories and histories crop up about smaller vessels like destroyers or lowly corvettes and minesweepers. The rare PT boat is talked about, as well. However, it’s even rarer to find stories or operational histories on U.S. Coast Guard vessels in wartime. Robert Scheina’s U.S. Coast Guard Cutters and Craft of WWII seeks to remedy that deficiency to some extent.

While not an overall history of Coast Guard operations in WWII, Scheina’s book is really a catalog of the various USCG cutters and boats that served in the war. Everything from the large patrol gunboat-type cutters to the hastily appropriated civilian yachts and boats is examined in the book. Don’t read this book expecting a highly detailed narrative. Instead, it’s a fairly bare-bones collection of facts about the cutters and boats themselves.

Since there’s already a litany of books on the history of the U.S. Navy and its ships out there, it’s unique to see a volume on Coast Guard vessels. However, for some reason, the U.S. Coast Guard doesn’t document its own history with nearly as much care or precision. Sure, the U.S. Coast Guard Historian’s Office does its best, but the overall feeling one gets from studying Coast Guard history is that there are significant gaps in the record. With many of the smaller vessels in Scheina’s book, there is literally no information on the armament (if any was carried), hull characteristics, or areas in which the vessel served. Much of the latter parts of the book are lists and appendices which merely indicate that vessel XYZ/123 even existed.

What all this indicates was that the Coast Guard around the time of WWII was far less standardized (or militarized) than it is today. Even though WWII saw the biggest increase in personnel and vessels in all of the Coast Guard’s history, it was still an odd hodge-podge collection of vessels. There’s a sharp contrast between the larger cutters which served as convoy escorts and the smaller civilian and auxiliary yachts whose wartime duties solely consisted of keeping an eye out along the coastline for German U-boats. When you see photos of some of the vessels in the book, you can’t help but wonder, “What on earth did the Coast Guard use that for during the war?” In a way, it shows where many of the jokes about the Coast Guard came from. Some of the ships and boats look like something out of an episode of McHale’s Navy.

Another thing is that many of the cutters that served in WWII would continue service in the Coast Guard post-war, however, the book doesn’t discuss their service after 1945. Instead, Scheina has written a second volume chronicling Coast Guard cutters and craft from 1946-1990.

It’s difficult to evaluate this book. In some ways, Scheina’s work is admirable since he sheds light on information that is scarce and hard to find from any authoritative source. It expands on the reality that the Coast Guard really did make a significant contribution to WWII. However, my biggest issue with the book is the bare-bones nature of the information presented. It’s somewhat forgivable since so little information probably exists on some of these vessels, anyway. Yet, the paucity of information on the smaller vessels gives the reader the impression that much of it was an afterthought or that the Coast Guard merely scribbled a few notes down on paper and then threw them in the trash at the end of the war. The only conclusion that the reader can make about vessel #____ is that it must have done literally nothing of note during the war except motor around in the harbor and check on a buoy.

Remember Jimmy, grandpa’s glorious wartime service in the Coast Guard was basically him sitting on the boat at the pier, chipping paint, and peeling potatoes. That was the adventure of a lifetime!

Overall, I would say that this book fills a much-needed gap in Coast Guard history. It serves as a good starting point for research and provides the necessary details, but anyone looking for detailed operational histories of these vessels should cast a wider net in their research.

Rating: 4 out of 5.
Advertisements